If you asked me if i thought i would do a good race and win the whole thing on Friday i would have said no, but i did! I won Cascais Long distance triathlon.

As i wrote in my last post i haven not been feeling great during the last two weeks and i knew that competition would be stronger this year, but somehow i managed to pull myself together and execute the best half Ironman race i have ever done. I was feeling very good physically but this race was on my mental strength. 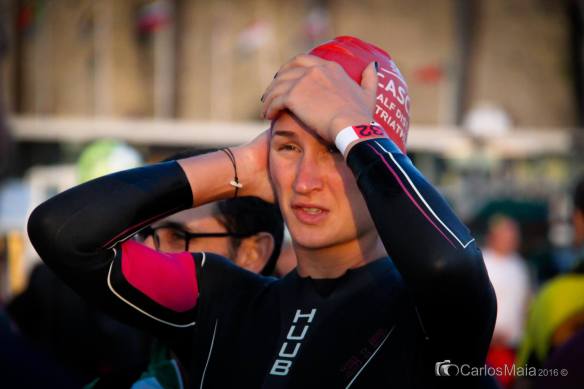 I left the water in 2nd, but after 15km on the bike i took the lead and i never looked back. I was waiting for Vanessa, who is a professional long distance triathlete to catch me on the bike, but she didn’t. I came in to T2 with a 2 min lead over Vanessa and around 5 min lead over Ana Filipa Santos, another very good athlete. 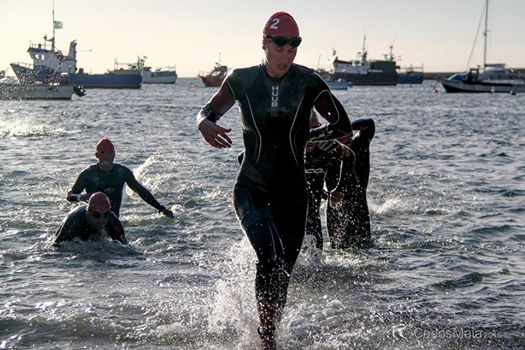 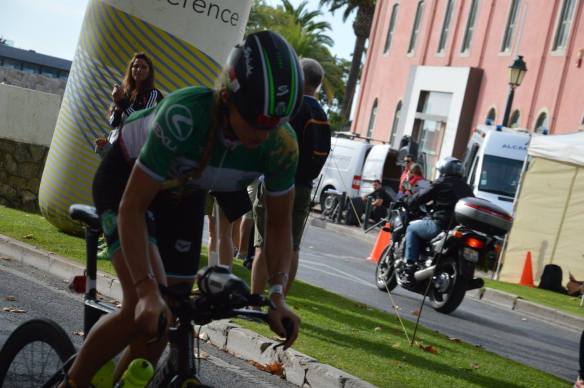 I ran of in a stable pace 4´20-4´30/km and i was just waiting for them to catch me, but they didn’t. At 10km i was feeling great and increased the speed. At 15km i realized that i would win the race. I had opened up a gap of 5 min to Vanessa and more than 9 min to Ana Filip Santos.

Heading out on the run

I had the most amazing support from all my team mates, the crowed and my coach Andre, thank you! It was just one of those fantastic days with perfect execution.

I dedicate this victory to David Vaz and Jorge Malhado. I know you guys were watching over me from above… 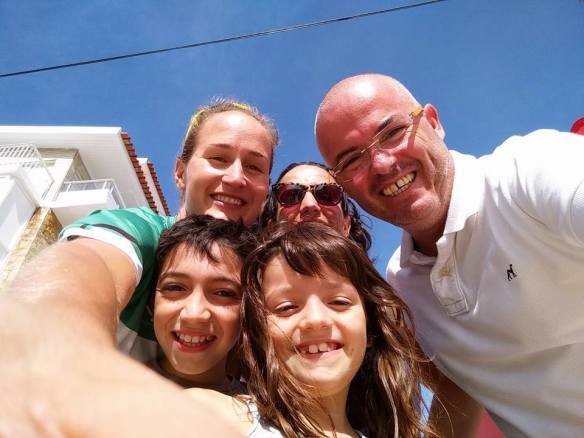 After the race together with David´s sister and her children…