It just felt like yesterday that I wrote about the loss of my dear friend David. David that lost his battle to cancer. I don’t know if I have been lucky before, because I have not been surrounded by death and loss of close people till August last year…In a very short period of time I have lost close friends and colleagues..too many

We all deal with death and loss in different ways. I take the loss quite hard and I need my time to grief.

I feel anger, fear and sadness. Right now i have a tremendous anger against cancer. People say that many types of cancers have cure and that people get well, but so far i have seen the contrary… I feel that cancer is not a fair disease. Why should it attack all the good people out there, why? why? why? why? why? I guess i could go on and write why because i don´t get it.

Yesterday my dear friend, my best friend Sara´s boyfriend Andreas took his last breathes and gave up his battle. He died in peace and his suffering is over. But damn it feels hard. It feels hard to have let him go. Andreas was a special person. We got to know each other well as Sara and Andreas spent some summers with us in Portugal. They took part of my crazy lifestyle and were my Nr 1 supporters at my main races. Andreas was a calm and steady person. We were very different, but yet we had a good time together and got along well. He was always very direct and firm, which I liked because I’m not that way. He made me laugh many times. Andreas was an inspiration in many ways. He took life in a very simple way and enjoyed the simplicity of life itself.  Despite battling a cruel disease her never complained. He was not only an inspiration for me, but for many other people. 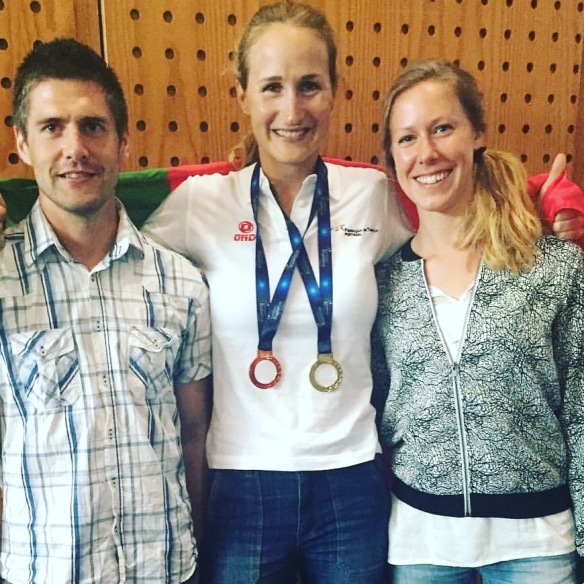 Andreas will be deeply missed by me, his Portuguese friends and many others. Thank you for the good times Andres, you shall always remain in our memories.

RIP Andreas, may the angels take good care of you now…

Andreas and Sara together with Sporting Tri-Team at Cascais Triathlon