In 2014 and 2015 I was selected to represent the national team at the European Cup in Quarteira.

This year I had very little hope of going as I had my knee surgery in January. The two first races I did in Algarve served as qualification races. After the first race I knew it would almost be impossible to go as the race didn’t go well at all. The second race went much better and I can admit that some hope of representing the national team was born.

Yesterday the federation made the official communication about the race and who was going to represent Portugal on the 2nd of April and guess what…Im in! I’m on the start list for another European Cup, representing the National Team.

This is almost a bit too good to be true. I had a knee surgery less than 12 weeks ago, did my first run workout (20min) 7 weeks ago and now ill be on the start line for a European Cup…

I feel very calm. Not nervous at all, at least not now. I know I’m not in my best shape. I know that there will be a very strong field with Olympic Athletes and athletes that are ranked TOP10 in the world…but ill do my best. Im sure the crowed will give me that litlle extra.

My achilles will always be the swim. This morning i pulled off a very nice swim session keeping a good average of 1´17/100m (with suit). If i could just translate that in a race i would be super happy…

As always I promise to do my best and leave everything out there.

A Big thanks to the team at ComCorpus Clinic, my team mates in Sporting and my coach without you this would not have been impossible. 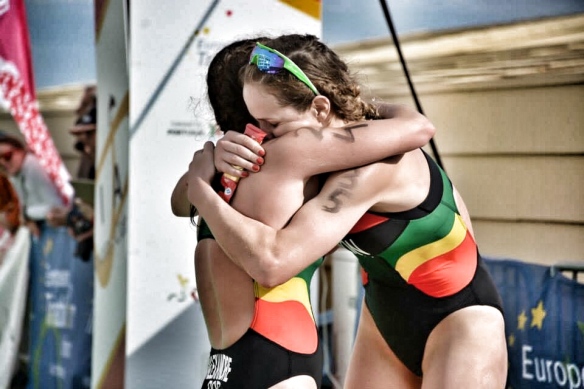