Its been another weekend full of training and one more training race.

This weekend it was 12km in Torres Vedras. The objective i had for this race was to control the pace during the first part and then, if possible, run faster towards the end. 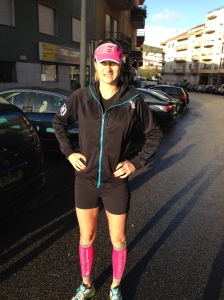 The course was quite hilly and the wind was very strong. I started of in a controlled pace and kept a stable pace all the way till the end. The legs were a bit tired after all the workouts from the week, but i was expecting to feel worse. My back, that has been bothering me for the past 4 weeks was also feeling quite good.

Related to my back. For the ones who have been following me during the past years knows that i have had some issue with my back. Usually i have problems in the beginning of the season. This season has been a bit harder than the others, my back has been causing me more problems than usual.

I have done several exams throughout the years and i know that i have some “issues”.

However, back in 2011 i woke up one morning and my right hip was out of place. It looks like im almost leaning to the left side. So far no doctor has been able to detect the problem, but the riddle has been solved. Its a bone in my back that has grown too much and is the double of the size. This is causing me problems to rotate in the swim and to lift my right leg during the run. It also causes tension and pain in the back muscles that have been quite strong during the past weeks. 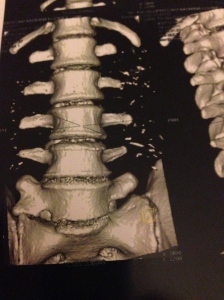 I will see Sporting’s doctor next week to see how we will proceed.

Till then ill continue to train and control the pain…  🙂